Do you seem to have chronic bloat, mental and/or physical fatigue, or intense sugar cravings that just don’t seem to go away, even when trying to watch your diet and get proper exercise? What might be happening in your body to cause these frustrating symptoms is an overgrowth of (or multiple) fungal organism(s). Read on to learn what fungal overgrowths are, how a fungal overgrowth develops, the most common signs and fungal overgrowth symptoms, and how to get rid of it for good. 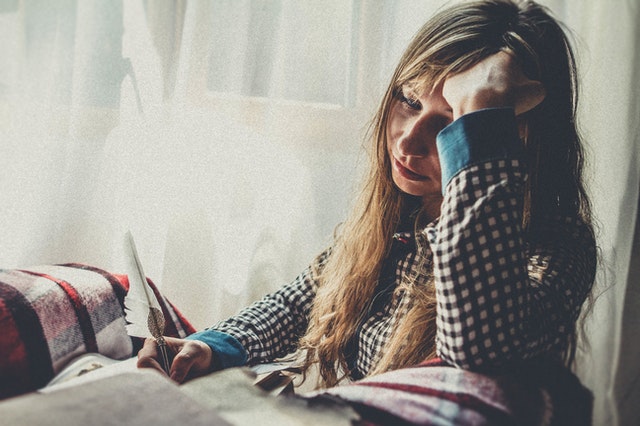 What are Fungal Overgrowths?

It is natural to have some fungal organisms in a normal and healthy digestive tract—they actually serve a purpose and help us with immunity! However, when certain strains of fungus begin to overpopulate, major symptoms can occur. As the fungal organism grows, it produces a chemical called acetaldehyde (the same chemical that alcohol gets broken down into and causes hangovers). Acetaldehyde then causes inflammation to the digestive tract, which allows the fungus to pass through the intestines, makes its way to the bloodstream, and affects any organ, tissue, or joint in the body, including your brain! As the fungus travels through the body in the bloodstream, it multiplies rapidly and has the ability to “hide,” making it very difficult for your immune system to attack it. Unfortunately, the longer this fungus stays around, the harder it is to kill off and the more health symptoms a person may have.

Symptoms of a Fungal Overgrowth

Some of the most common signs and symptoms you may be suffering with from a fungal overgrowth are weight gain, fatigue, sugar cravings, brain fog, dizziness, bloating, gas, joint pain, yeast infections, itching, skin rashes, acne, food and environmental allergies, headaches, mood swings, chronic urinary tract infections, and PMS. If you have complained of any of these symptoms for years, and have received no answers or relief from trying various protocols, a fungal overgrowth might just be what is going on. Medical research has even shown that more than 63% of women are likely to have fungal overgrowth. These symptoms are not normal, although many of you may have been told this is just part of aging or due to hormonal shifts. But I promise, this is not normal and can be fixed.

How a Fungal Overgrowth Happens


You are probably wondering how this overgrowth happens in the first place. There are many reasons why a fungal overgrowth will occur, however, the most common is from antibiotics (which is why a lot of doctors will also prescribe an anti-fungal after a round of antibiotics). Other causes include stress, heavy metal toxicity, chemical exposure from things like chlorine and fluoride in your water, a diet high in processed carbohydrates and sugars, birth control pills that are taken for a year or longer, consuming animal products where antibiotics were used in the livestock, mold exposure in the home and/or work area, and from taking certain medications.

I personally work with my clients on an individual basis to take care of their fungal overgrowth, since each person’s protocol needs to be different. In all of the years, I have been helping my clients with a fungal overgrowth, I have yet to see the exact same protocol for more than one person. Also, a multi-therapeutic approach is necessary to eradicate a fungal overgrowth for good. For example, if you have an overgrowth from taking birth control for too long, and also have toxic levels of mercury in your body, you will need to work on detoxifying from the mercury, getting your hormones better balanced, and replenish the body from any nutrient deficiencies all while tackling the fungal overgrowth.

It is critical to get the proper testing and work with a practitioner closely for a period of time if you want to truly heal. However, the general route I take with any client that has a fungal overgrowth is:

One last note on fungal overgrowths—it is vital to switch around the anti-fungal you are using since the fungus will get resistant to the anti-fungal after a period of time. For some, this resistance may be within a couple of days. For others, it may take weeks or months, which is why it is so important to work with an experienced practitioner on this topic. If you have tried any of these suggestions and it still isn’t working, you may need to consider changing the terrain of where the fungus is hiding, addressing the biofilm that may be protecting the organism, and/or adding in a binding agent to ensure there is no reabsorption of the fungus being detoxed through the colon.

If you are interested in getting fungal testing done or have any questions on this article, please contact the clinic at Total Health on our website at www.totalhealthinc.com or call 262-251-2929 for a free, 15-minute phone consult with me, or one of the other practitioners.

Standard Process partners with qualified health care professionals to distribute supplements, test kits, and other products that promote natural health. They are committed to providing clients with nutrients as they are found in nature to maximize their effectiveness. See top Standard Process products now:

Visit one of our natural health stores in Menomonee Falls or New Berlin to shop in person.